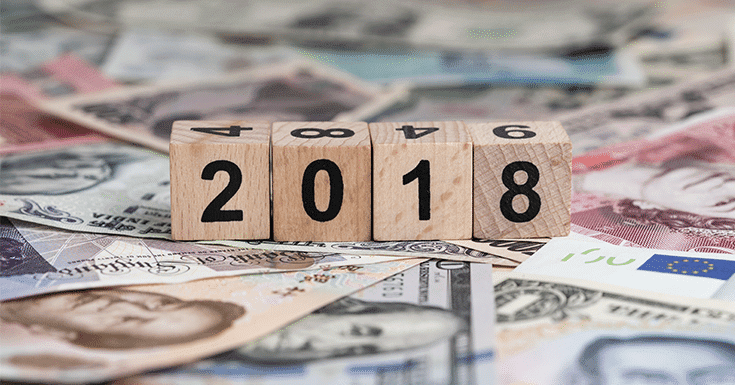 Economic indicators have a big impact on the forex market and can even change and reverse the current trend of a currency. That’s why we’ve listed the 10 most important economic indicators that you need to follow. So, let’s get started!

The Gross Domestic Product (GDP) is the most comprehensive economic indicator that gives valuable clues of a country’s economic condition. The GDP includes the value of all finished goods and services inside a country, produced within a specific period of time.

For the United States, the GDP is released quarterly by the Bureau of Economic Analysis in three stages: the advance report, the preliminary report and the final report. The advance report is released around one month after the reporting quarter – and being the first report on GDP available to market participants, it tends to have the largest impact on the forex market.

The employment situation is one of the most important and market-moving economic indicators in the forex market. The situation in the labor market reveals a lot about the economic situation in a country and can also be used to forecast future economic growth. A stable labor market directly impacts the amount consumers are willing to spend, which makes up 70% of the US gross domestic product.

The US labor data is released by the Bureau of Labor Statistics on the first Friday each month, at 8:30 am EST. The report includes three numbers that are released simultaneously: non-farm payrolls, average hourly earnings and the unemployment rate.

The non-farm payrolls number (NFP) shows the number of created jobs (excluding self-employment, farm work and some government jobs) and has the largest impact on the forex market among all three numbers of the US labor release. It gives valuable clues not only on future consumer spending, but also how companies and their hiring managers perceive the upcoming economic conditions. A release better than expected leads usually to an appreciating US dollar, while a number that misses market expectations usually leads to a fall in the value of the US currency.

The inflation rate report is another important indicator in the forex market, closely watched by the major central banks in the world. And if central bankers pay close attention to a number, you should too. The inflation rate measures the change in prices of goods and services, usually over a one-year period. A small inflation is considered good and healthy for the economy, and many central banks like the Fed, target a specific inflation rate – usually at around 2%.

A fall in prices (called deflation) or an extremely high inflation (called hyper-inflation) are a nightmare for policymakers as those extreme situations can even lead to an economic recession. Three inflation numbers are especially interesting to forex traders: the CPI, core CPI and PPI. All three numbers are published by the US Bureau of Labor Statistics and data for the reporting month are released around the middle of the next month at 8:30 a.m. EST.

The CPI, or Consumer Price Index, measures the change in prices at the consumer level based on a basket of a few hundred goods and services. The CPI is usually released one business day after the PPI number. If you want to learn more about the Consumer Price Index and how to create a trading strategy with it check out this post.

The CPI report contains various sub-indices, one of which is the core CPI. This number excludes some highly-volatile items from the CPI, such as food and energy, which can be very useful in times of extreme fluctuation of the oil and food prices that would distort the real picture of the inflationary situation in a country.

The PPI, or Producer Price Index, measures the change in prices of a few thousand industrial items at various stages of their production. The PPI can be useful to determine how far have inflationary pressures travelled through the production process, and whether there is a possibility for them to spill over to the retail sector. However, traders need to be aware that the PPI number doesn’t include services in its calculation, which make up the largest share in the US gross domestic product.

The PMI, or Purchasing Managers’ Index, is a leading indicator of future economic conditions. It’s based on a survey of a few hundred purchasing managers and their clients to give an overview of economic conditions including production, prices, inventories, employment etc. The PMI is released on the first business day after the reporting month by the Institute for Supply Management (ISM).

Retail sales are another important economic indicator that you need to follow. It reveals the value of sales in the retail sectors and can be used to measure the strength of personal consumption which directly affects the GDP. The retail sales number is released around 15 days after the reporting month by the US Department of Commerce.

Although not an economic indicator per se, the Federal Open Market Committee (FOMC) is in charge of the US monetary policy and influences the Fed rate through its open market operations. The FOMC decides whether to tight or loosen the monetary policy by buying or selling government securities on the open market. This changes the money supply in the market which in turn directly impacts the interest rates in the market.

An overview of FOMC meetings scheduled for 2018 are available at the following link: https://www.federalreserve.gov/monetarypolicy/fomccalendars.htm

This article has covered the 10 most important economic indicators that youneed to follow. Make sure to check the forex calendar for those releases and mark down when the next numbers are going to be published. 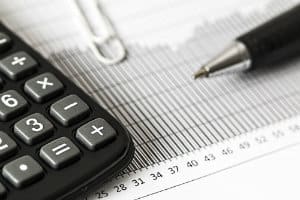 Euro Falls Against the US Dollar

What is the ADX (Average Directional Movement Index) Indicator