What is the January Effect 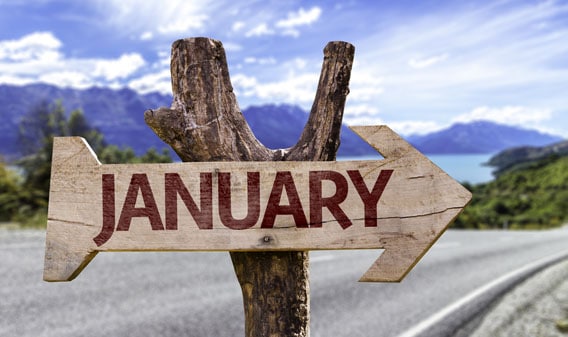 What is the January Effect

IN many financial markets the year always seems to end where it began.  In some ways, January resets the clock for investing, and at the beginning of a year, many eyes look toward the “January effect.”

Buying What Was Sold

Each year, many stocks are sold off in December by traders for year-end tax harvesting.  This is traditionally followed in the first weeks of January by investors buying back these stocks at lower prices, creating a rally known as the “January effect.”

This decline may have been even greater in 2015 without the positive movement of the so-called “FANG” stocks — Facebook (FB), Amazon (AMZN), Netflix (NFLX) and Alphabet (GOOG), which all rose at least 35% in 2015.

Where January Goes, So Goes the Year

According to the Stock Trader’s Almanac, 75% of the time the direction of trading in January predicts the course of that year’s trading.  If we do see a boost from the January effect, and the year begins strong, that may indicate gains in 2016.

On Friday, the Non-Farm Payroll Report will be released, but after last month’s Fed interest rate hike, the influence of this report may not be as strong as it has been the past few months on the equities side.  Investors expect the Fed to continue raising rates at a gradual pace, and the Yahoo Finance story noted, “‘The Fed knows it needs to be careful and they are going to be careful,’ said Scott Wren, senior global equity strategist at Wells Fargo Investment Institute in St. Louis.”

We’re Here For You Throughout the Year

Our expert analysts will be tracking the January effect in our webinars this week, and we’ll also be discussing the effects the Non-Farm Payroll Report may have on your equities trading.  Join us for any of our free webinars by simply using the form below, and get 2016 started the right way — with an understanding of the strategies you could use right now to profit this whole year.

Article Name
What is the January Effect
Description
Each year, many stocks are sold off in December by traders for year-end tax harvesting. This is traditionally followed in the first weeks of January by investors buying back these stocks at lower prices, creating a rally known as the “January effect.”
Author
Tyson Clayton
Publisher Name
Market Traders
Publisher Logo

An Inside Look at MTI’s Family of Traders