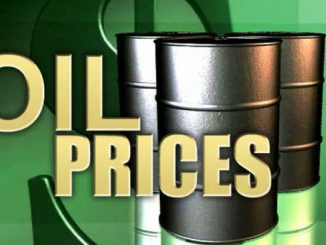 The crazy price fluctuations that oil has seen in 2016 may be coming to an end.

After being as low as $20 a barrel in February, and rallying as high as $60 a barrel in the early summer months, oil prices have stabilized to around $50 a barrel.  This trend is likely to continue throughout the year as oil’s supply and demand numbers have equalized.

“I cannot see the market really roaring ahead,” Vitol Group of Cos. Chief Executive Officer Ian Taylor told Bloomberg Television in an interview. “We have a lot of oil in the system and it will take us considerable time to work that off.”

That isn’t to say the price will remain completely stable, there will always be volatility in the markets, but $50 a barrel seems to be a good average. It’s not likely that oil will get as high as 60 dollars again, and barring any world changing events, the price will probably not dip below the 40 dollar mark.

One of the main reasons for the price stability is that the world’s oil producing nations have stabilized. For example, the wildfires in Canada that disrupted their oil production have stopped.  Canada has been producing oil for a couple months, and have made up the losses they faced earlier this year.

The Organization of Petroleum Exporting Countries (OPEC) was having difficulty controlling their oil-exporting nations’ supply lines, but even that seems to be under more control.  And last but not least, the political unrest in Nigeria have slowed down enough for oil production to continue.

This kind of stability is healthy for the oil market because it shows a consistency between supply and demand.  It also reverses the recent frightening trend of there being a surplus of oil in the market, and making prices bottom out.

With the craziness of the Brexit decision, oil stability may just be what the world needs right now.

Want to get in on oil’s stability? How about learning what it takes to potentially capture thousands of pips and make money trading the Forex?  Find out how by attending a no-commitment FREE webinar!  We are expecting to capture 6,000 pips in the next 60 days, and want to bring in you on the action.  Don’t wait, spots fill up fast.  RSVP Now.