What Does The News of China’s Yuan Mean For Your Trades?

What Does The News of China’s Yuan Mean For Your Trades?

Anyone who trades in the financial markets is talking about China.

Although, it can all be a little confusing if you’re new to the trading world.

Here’s the basics: Through the International Monetary Fund (IMF), 188 countries work on fostering financial stability, international trade, and work to reduce poverty. Their main goal is to sustain economic growth across the globe.

They meet once a year, and vote on who gets to be part of the organization. This year, China not only wants to join the IMF, they want to become a leader within it, joining ranks with the European union and the United States.

China’s aim was to weaken their currency. This all began on August 11th, and is developing into a Newton’s cradle. Basically, one ball started a train reaction that lead to such high devaluation of China’s currency, and the increase in whiplash within the market.

There have been a couple of times that big developments have caused such a shift in the Forex market: the 2008 recession and the 2011 tsunami in Japan.

In other words? It’s rare, but not new.

You may be wondering what all of this has to do with the actual trading of the currencies. Well, in an average trading day, you can see a range of 200 pips, whether they go up or down. When news of China’s Yuan devaluation came out, we were seeing a 3,000 pip move in a single day.

The main point to all of this is that anything fast doesn’t last. This kind of reaction in the Forex market is short-term, which is why traders need to act fast. The high volatility will only roughly last from 8/24 – 8/28.

You’ll have the chance to gain a week to a month’s worth of opportunity in one day.

This kind of volatility in the market is a scalper’s paradise. This kind of action could cash out all orders that people have been waiting on for months. 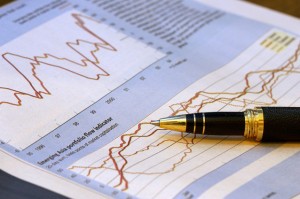 “This kind of event can be a year maker for a trader, if you know what you’re doing.” – Joshua Martinez

In the next 3-5 days, we could see as much as 5X higher volatility than usual.

The International Monetary Fund Meeting (IMF) is scheduled for October 9th through October 11th. This is when they will decide about whether china will become a member, or even a leader, in the organization.

This could affect the market tremendously, because with China as a leader in the organization, there is a possibility of severe volatility within the market.

Want to learn more about the Forex market, and the keys to trading within it?

Tune in to the webinar by signing up below, and learn about the Forex Market, and some tips of the trade that could increase your profits in no time!