Global leaders met in Canada this weekend for the G-7 Summit, which is already having an impact on foreign currency markets.

Market Traders Institute senior market analyst Josh Martinez offers his analysis on the G-7 Summit and its impact for forex.

“If you really think about it, when you look at the G-7, all currencies cross with the U.S. Dollar,” he said. “The question really is, ‘How is the U.S. Dollar impacting the G-7?’ According to my analysis (see chart), the market has hit an up trend line and it broke a counter trend line bullish. The USD is expected to have another bullish push, which means all currency pairs in the G-7, for the most part, should go down.”

Martinez, who predicted a U.S. Dollar Rally against the Euro three months ago to last throughout 2018, expects the USD to drop a few points as a test of the monthly low, but is expecting it to remain bullish.

“The USD/CAD monthly time frame is at a down trend line, and is hitting future resistance with a down ABCD swing,” Martinez said. “If the sellers are going to take control, this is the time. If not, the CAD is going to submit to the USD push.”

Martinez sees some hope for Canada involving the energy market.

“The one thing CAD has on its side is the rise of oil, which could force the Loonie to gain strength against the USD,” he said.

President Trump left the G-7 Summit early for a flight to Singapore and a historical foreign policy deal-making opportunity with North Korean leader Kim Jong Un, which may also impact markets this week.

“If the financial markets need any catalyst for movement, either good or bad, this is the week to see that materialize,” said Chris Pulver, market analyst at MTI. “The G-7 Summit raised concerns, but the U.S. and North Korea Summit may have unprecedented consequences in either direction.”

Pulver also anticipates market movement based on upcoming activities sparked by decisions within the Federal Reserve.

“The U.S. Federal Open Market Committee (FOMC) is poised to raise interest rates for a third time in 2018,” Pulver said. “This is a monetary approach well ahead of the pace of fellow Central Banks, which continues to remain neutral to dovish despite the 2017 narrative of the need for normalization.”

The markets may see additional volatility this week in addition to the U.S.-North Korea talks. The European Central Bank’s Mario Draghi hosts a press conference Thursday. The Euro (EUR) has dropped 900 points versus the USD since his last press conference, hastened by political unrest in Italy and sovereign debt concerns.

“A weakening EUR is exactly what the ECB needs to continue touting growth and recovery for the Eurozone,” said Pulver.

Bottom line: Plan for the best and prepare for the worst this week. As always, traders need to remain flexible and always keep an eye on the technicals despite the swirling trade winds and hot talk from political summits. 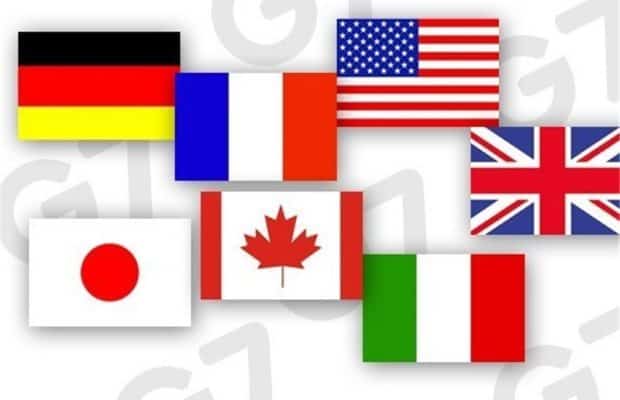 Article Name
The Summit(s) Of All Fears
Description
The G-7 Summit Is In The Books, U.S.-North Korea Summit On The Horizon: How Will It Affect Your Trading?
Author
Matt Trader
Publisher Name
Market Traders Institute
43 Likes

(Your ebook will automatically start downloading on the next page.)