Have you ever felt paralyzed by the markets? Maybe you were in a trade and couldn’t take your profit target signal because you thought it might keep running? Or perhaps you wanted to get into a trade but some piece of information was missing (or added) which made it impossible for you to pull the trigger on your entry point? Or maybe you couldn’t get out on a stop-loss trigger and saw more profits melt away as the market continued moving against you?

As humans, we frequently approach our lives through the lens of our emotional response to the events of our lives. In trading, these emotions boil down to fear and greed.

It’s good to paper-trade a system enough to have confidence in it. But there is a major difference between paper-trading and real-money trading. Real-money trading engages the emotions of fear and greed in a big way, as your hard-earned cash goes up or down in value as markets move…sometimes crazily. Disciplining these emotions is key to success in Forex trading.

Let’s say you have a simple system consisting of:

Here is a day chart of the EUR/USD pair with one trade marked: 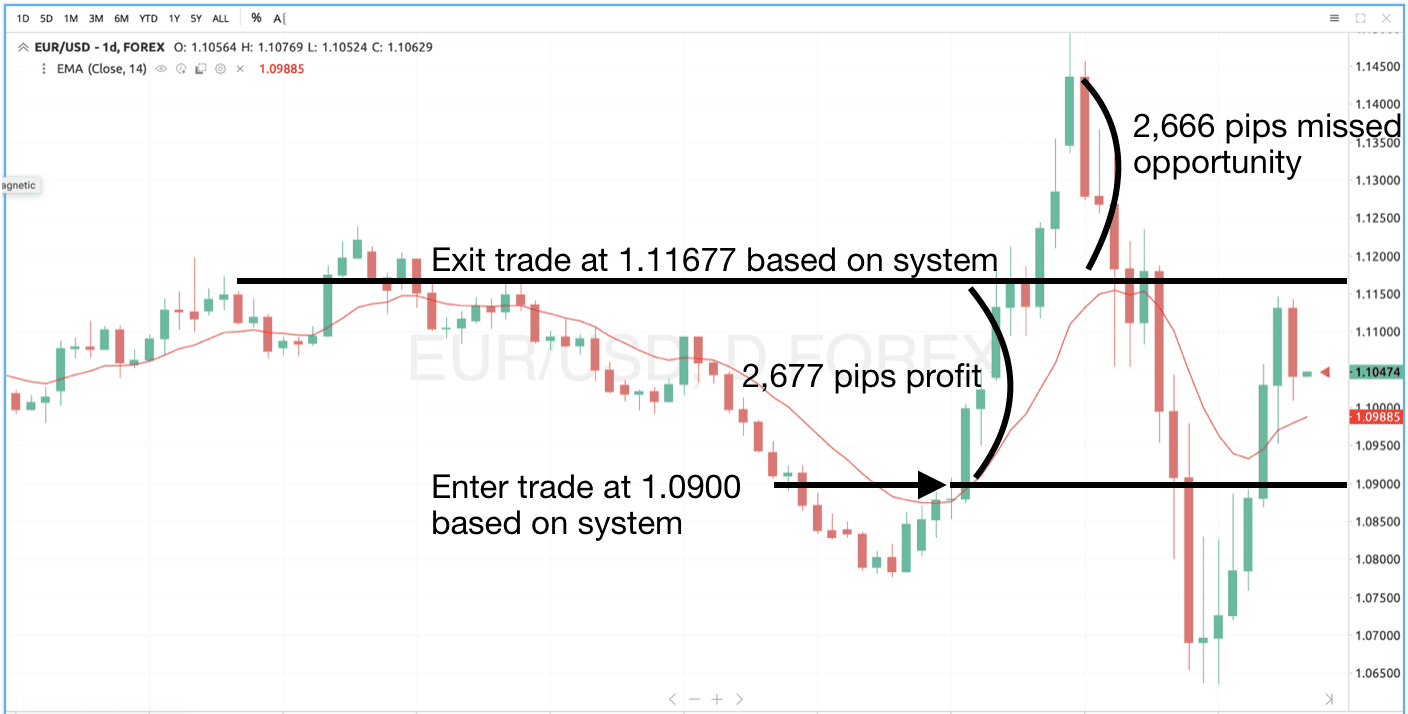 In this case, the system would have gotten us in above the recent chart lows and gotten us out with a great profit of $26,770 on a standard lot. So far so good.

But what then immediately happens? The market continues its steep move up and we would have had an additional $26,660 in profits had we not gotten out when our system told us to.

So what might happen in this scenario if the trader is not careful? Their greed will start to work on their mindset. They’ll go from feeling great about their system, their trade and themselves to questioning everything. They may quit, they may tweak their system, they may choose to stop following their system and trust their gut instead; all of which hurts their chance at additional and repeatable profits going forward.

The best traders have a system that works, have confidence in their system, and follow that system mechanically, never looking back or second-guessing themselves or their lost profits.  When they make adjustments to their system they do so carefully and logically, changing just one thing at a time until they’ve achieved their goal.

The Forex Profit Hacks Series: 3 of 5