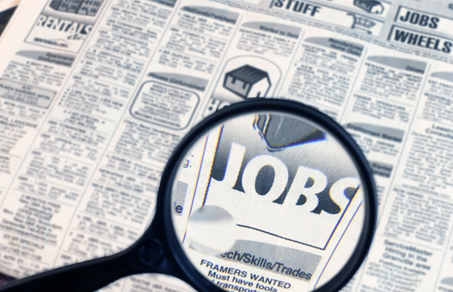 After the dismal nonfarm from May, there is some refreshing news out of the US economy.

The high job number is bolstered by the end of the Verizon worker’s strike, and also an increased number of people in the workplace.

“In our view, Friday’s US payrolls report will be watched even more keenly than usual as investors look for confirmation that the weak print last month was an outlier and not the start of a new, weaker trend,” Bank of America Merrill Lynch’s Athanasios Vamvakidis said in a note titled “The Most Important NFP of the Year.”

However, the news isn’t entirely good.  Unemployment rose to 43.9% (a 4.7 percent increase), and wages rose less than anticipated.

Other news, not entirely bad, is that while the employment numbers did grow this month, the overall numbers aren’t increasing at the rate they should be.

“If you take the last three months and smooth these numbers out — which is really what you should do — employment conditions are improving, but there’s no question there’s, to some extent, a slowdown in the improvement,” said Hugh Johnson, chairman at Hugh Johnson Advisors LLC in Albany, New York. ““That’s to be expected when you reach what I would argue is full employment.”

Labor force participation gained .1 percent, while underemployment dropped by .1 percent.  Wages improved slightly (but are still down for the year) and the workweek numbers came in at 34.4 hours worked a week, the same as last month.

What does this mean for the upcoming FOMC meeting at the end of this month?

Given that last month’s dismal nonfarm results prompted the Fed to keep interest rates down, it stands to reason that a positive nonfarm payroll could prompt interest rates to remain the same, or even go up.

It’s likely that instead of making a knee-jerk decision based on a single report, that the Fed is likely to stand-pat on their monetary policy and wait to see if these gains are a reaction to last month, or the start of a raising US economy.

Between the Brexit and a positive nonfarm payroll, the markets are in chaos.  It takes a smart Forex investor to know how to navigate these tumultuous waters. Hear from Forex experts LIVE for a FREE webinar where we can teach you just how to capture pips and make money in a volatile Forex.