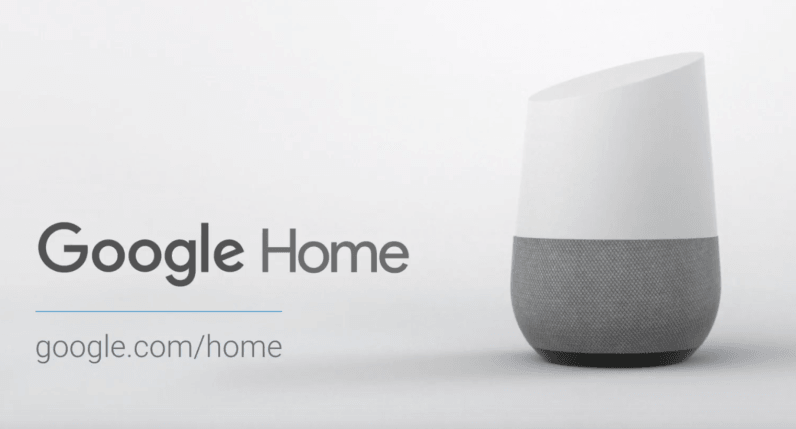 Google has announced “Google Home”, which is the software giant’s answer to in-home virtual assistants like Amazon’s Echo.

In-home assistants are the next big thing in technology, allowing users to get information simply by talking to the device.  Get weather forecasts, traffic updates, read email, get sports scores…the list is almost endless of what you can accomplish with your new robotic friend.

However, what sets Google apart from Amazon and Apple is their ability to partner with other companies.

Google announced only a handful of partnerships, but promises more are on the way. The list includes TicketMaster (LYV), WhatsApp (FB), Pandora (P), GrubHub (GRUB), OpenTable, Spotify, Uber and Instacart.

Although, to be fair to Amazon’s influence, Google is not yet allowing third-party developers to create apps for the device.

Google is banking on the fact that not only have consumers heard of the company (and really, who hasn’t?) but also that users will link their Google profile to it. Amazon may be able to pull from your Prime account, or what you’ve searched for on their site, but Google will be able to search your entire internet history. This means that Home will constantly be reconfiguring itself to deliver what you need, right when you need it.

Other distinguishing features of Home are a lack of a catchy name (no Siri, Cortana, or Alexa here), the ability to partner with recent Google acquisition Nest and full integration with Google products such as Android phones.

No word on Amazon’s response to Home, however some are speculating that they are biding their time until the product releases, and creating more programming to counter it then.

If Google Home creates an in-home assistent war, you can bet the market will notice.  This means that stock of Goog and AMZN will move, and you can be a part of it.  Listen to a FREE webinar where you can learn how to trade these giant companies, without owning a single share of them.