A Quick Guide to the 5 Different Bond Types 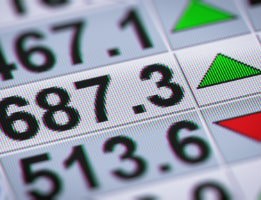 A Quick Guide to the 5 Different Bond Types

Bonds are a fixed-income security where an investor loans money to the bond’s issuer – usually a corporation or a government – which has the obligation to repay the debt over a defined period of time together with a variable or fixed interest rate. Bonds are considered one of the three main asset classes in the modern world economy, with stocks and cash equivalents being the other two.

Before we dig deeper into the different types of bonds, let’s cover the main characteristics that most bonds have in common.

The credit rating of a bond represents the ability of the bond’s issuer to meet its obligations. Credit and canadian pharmacy ratings are published by credit rating agencies, such as Moody’s Investors Service, Standard & Poor’s and Fitch Ratings, which control around 95% of the ratings industry.

Treasury bonds are US government bonds issued to finance budget deficits. Being backed by the US government, Treasury bonds (also called T-bonds) are considered risk-free which is one of the reasons why they’re so popular among large institutional investors such as investment banks, pension funds and even other countries.

Treasury bonds are issued with a range of maturities, from 10 30 years. Interest T-bonds is paid semi-annually and is taxed on a federal level. The yield on a treasury bond is determined at auctions, where a bidder can buy up to $5 million in bonds by non-competitive bidding or up to 35 percent of the initial offering amount by competitive bidding.

T-bonds are commonly used for diversifying investment portfolios, financing education and supplement the retirement income. These bonds are now available only in electronic form with the last paper bond issued in 2016.

However, as investors we know that there’s no free lunch in the market. As risk-free investments, T-Bonds come with a downside which are their low yields. Lower risk usually means a lower potential return. That being said, T-Bonds usually outperform other types of bonds in times of economic recessions, as investors invest their capital into low-risk assets while waiting for better investment opportunities in other markets such as the stock market.

In addition, the interest income on T-bonds is exempt from the state income taxes.

Federal Government agencies use agency bonds to finance their public activities, such as increasing the home ownership rate. However, you need to be aware that there’s usually a lower threshold of $10,000 when investing in agency bonds – with increments of $5,000 for each additional investment.

Unlike T-bonds which are taxed only at the federal level, agency bonds are taxable on both the federal and state levels.

Corporate bonds, as their name suggests, are issued by corporations to finance their regular activities or research and development of new products and are backed by the corporation’s ability to repay its obligations.

Corporate bonds can be further divided into investment-grade corporate bonds, and high-yield bonds (also called “junk bonds”). Let’s take a look at both of them.

These types of bonds are issued by strong corporations with a good financial standing. The main differentiating factor between investment-grade corporate bonds and junk bonds are their credit ratings, with the former ones having a rating of at least triple-B.

The default risk for investment-grade bonds is usually considered very small. Still, these bonds have higher yields than their government and agency counterparts, but tend to underperform in times of weak economic situations.

High-yield corporate bonds, or “junk bonds”, are bonds that didn’t make it to be an investment-grade corporate bond. This means, the credit rating of the issuing corporation is lower than triple-B, meaning that the possibility of the corporation to default on its obligations is relatively high.

However, as investors we need to assess the corporation’s ability to meet its obligations through detailed credit analysis. Is the management of the company capable to improve its financial standing? How is the stock of the company performing recently? As said earlier, we know that higher risk carries higher profit potential and that’s why we do the analysis ourselves.

Municipal bonds (or “munis”) are loans that investors provide to local governments and are issued by cities, states or similar local entities. The main advantage of these bonds is that they are tax-free and are considered very safe because of the small number of defaults. This also means that they have slightly lower interest rates compared to other types of bonds. Munis are mostly used as a funding source for social projects such as schools, hospitals or infrastructural projects.

Bonds are often used to diversify an investor’s portfolio, given their relatively low risk (for T-bonds, agency bonds and investment-grade corporate bonds). However, some types of bonds – such as T-bonds and agency bonds – have a high initial investment requirement which might be out of the reach for some investors, and high-yield corporate bonds usually don’t carry the high security that an investor might be looking for. If you’re thinking about investing in bonds, make sure to do your analysis first.

Article Name
A Quick Guide to the 5 Different Bond Types
Description
Bonds are often used to diversify an investor’s portfolio, given their relatively low risk. Some types of bonds – such as T-bonds and agency bonds – have a high initial investment requirement which might be out of the reach for some investors, and high-yield corporate bonds usually don’t carry the high security that an investor might be looking for.
Author
Kevin Dixion
Publisher Name
Market Traders Institute
Publisher Logo

With over 30-years of trading experience, Kevin Dixon has a trading background that goes toe-to-toe with the best in the financial industry. Kevin has created multiple trading strategies and found success in multiple financial markets.
More by Kevin Dixon