The FOMC acts as expected

The FOMC acts as expected 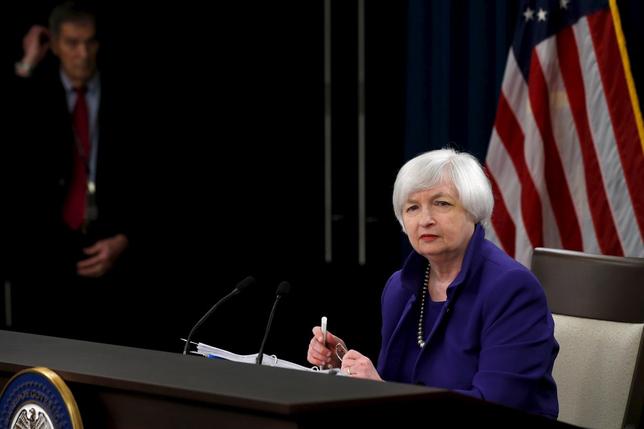 It was an historic day.

Yesterday afternoon, at the Federal Open Market Committee meeting, the Federal Reserve announced that interest rates would rise for the first time in almost a decade.  The Fed also signalled that the pace of subsequent increases would be “gradual” and in line with previous projections.

Here’s the summary of the announcement from Bloomberg.com:  “The Federal Open Market Committee unanimously voted to set the new target range for the federal funds rate at 0.25 percent to 0.5 percent, up from zero to 0.25 percent. Policy makers separately forecast an appropriate rate of 1.375 percent at the end of 2016, the same as September, implying four quarter-point increases in the target range next year, based on the median number from 17 officials.”

Positive on the U.S. economy

The Fed’s move is regarded as a largely positive assessment of the U.S. economy, and the report noted expansion continuing at a “moderate pace” with a “range” of job-market indicators confirming that “underutilization of labor resources has diminished appreciably since early this year.”

In general, the Fed’s monetary policy is not set in stone for future increases, and the Fed’s Board of Governors indicated that it will “carefully monitor actual and expected progress toward” its 2% inflation target.  However, analyst Guy LeBas from Janney montgomery Scott LLC noted that it seems the “committee is confident that inflation will rise, and that was the key criterion that changed.”

MTI’s head Forex analyst, Joshua Martinez, said, “The results from this announcement could effect every U.S. citizen in the country. The reason why? Buying power. If Fed Interest rates go up, the banks will more than likely increase their rates and we will pay more in interest, which means we have less buying power for loans, cars, houses, small business loans, etc.”


Of course, today’s Fed announcement will have an impact on the Forex and stock and options markets not only through the end of the year, but also well into 2016.  Our expert analysts will be discussing the best strategies for succeeding immediately after this announcement, and we will also examine how the markets themselves react to the first hike in many years.

To make sure you stay informed, join us for one of our interest-rate hike focused free webinars this week.  You can sign up for our Forex webinars using the form below, or tune into our stock and options experts by registering at https://www.markettraders.com/stock-package/.