The Forex Facts About FATCA

The Forex Facts About FATCA

MTI IN THE NEWS 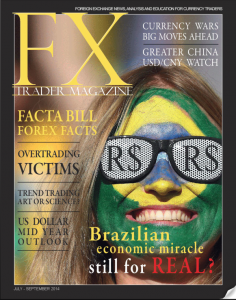 By now you have most likely heard of FATCA or the HR 2847 bill out of the United States. It went into full effect July 1, 2014 and the overhanging question is will it create a domino effect of changes within the U.S. dollar and its currency counterparts? Is this a real scare or the Y2K phenomenon of the currency wars?

The goal for eager investors amid this highly speculated situation will be to prepare for money-making opportunities no matter how the actual bill affects the USD (be it positive or negative).

For a brief overview, the U.S. is the world’s reserve currency as other globalized nations have held bulk U.S. dollars to supplement their own currencies. The U.S. has enjoyed this pedestal for more than two decades. However, actions are being taken by other countries that lead speculators and contrarians to wonder if a “perfect storm” is approaching and if the HR 2847 bill will mark the tipping point.

Want to learn more about timely Forex topics like this one? Watch a complimentary webinar. RSVP using the form below:

Forex Files: How the Annual Fed Symposium Could Affect Your Trades