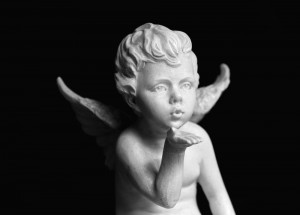 I can’t tell you how many times I’ve seen it and honestly, when I first started trading, this predicament frustrated me too. It comes down to this; if you’re wrong in placing your position because you are not confident that the market is temporarily pulling back before it shoots up or down, your trading account could be in grave danger.

Let me give you a scenario. As you know, the market makes higher highs and higher lows in an uptrend and the opposite holds true in a downtrend. There’s nothing unusual about this wave pattern and as a trader, you’ve probably become very familiar with this natural ebb and flow in the market. Well, in a retracement, you’re in a short-term pullback of the market’s overall direction.

For the sake of creating a real-life example, let’s say that you buy during a retracement when the market is in an uptrend (making higher highs and higher lows). Technically, you’re in the market in the wrong direction. Because we are looking at the retracement and these movements are inherently short-term pullbacks, this means that you’re not in too much hot water and the market could be forgiving. Eventually, the short-term pullback will end and the market should go your way. From my experience, you might place a trade against the market’s short-term direction and for a few days, you’re hurting. The trade then enters into a drawdown until the market hits that tipping point where the direction reverses and the extension period begins. On the other hand, you could enter selling the retracement and the market extends against you. Once it u-turns, you might as well – Click here to read the full article on Executive Trader.

Want to learn more from our Forex pros? Join us during a complimentary webinar. RSVP using the form below: