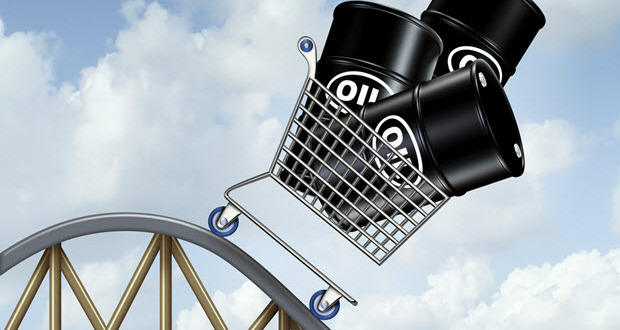 It’s almost as if we traveled back in time and it’s January all over again.

The market isn’t behaving the way we want it to and it all boils down to traders’ reaction to oil. Since its bottoming out this past January, oil is now up seven percent, the  U.S. dollar is weak and China hasn’t made a lot of noise either — So why isn’t the market rebounding?

Experts say that it may be a decoupling from oil, and this weekend our own Chris Irvin reported on some of the factors responsible for this decoupling in his weekly SPY the Market report..

In a report from Yahoo Finance, the usual suspects (energy, materials, industrials) are all benefitting from the weak dollar and dovish Fed, but oil seems to be at a standstill.

“The problem is not finding a bottom,” says Yahoo Finance writer Bob Pisani. “It’s how much upside there is to the market. Investors are not enthusiastic about buying at these levels because they’re not at all sold on paying up with stocks near historic highs and no appreciable global growth outside the U.S. “

So what would help the markets bounce back? If the markets start edging their way toward a new high it might put some more marginal money back in play, but a stronger yen and a worry that that confidence in the ECB President and Fed chair is waning might provide further obstacles for growth.

Given that oil is a strong economic driver, it stands to reason that when things are going great the market is up, but when things go wrong it can incite a downturn. This was something Canada realized when they had to shut down part of their Keystone pipeline.

A local landowner in South Dakota noticed signs of an oil spill and contacted TransCanada, who immediately shut the pipeline down and worked to solve the issue. This is good news for TransCanada’s response time, but bad news for the rest of the world’s confidence in the nation’s ability to keep oil spills in check.

“The company has been making big claims at the Energy East Pipeline hearings in Quebec about how their spill detection system will identify a leak within minutes, but the truth is that most pipeline spills aren’t detected until the oil makes it way to the surface where it can be seen and smelt.” Says Greenpeace campaigner Keith Stewart.

Lower-income households traditionally spend more of their money on fuel than rich households. However, as the lower-income families have increased their retail spending, they haven’t been spending it on fuel.

Bloomberg reports that “In the past few months, spending for the low-end consumer has slowed, falling back below the growth rate of the high-end cohort.”

More and more reports are coming out that retail sales are growing across the nation, and have been for a few months now, but the one category that remains stagnant is fuel.

How Can You Still Make Money With Oil Confidence So Low?

With oil being the economic driver it is, you can be certain that regardless of how the world looks at oil, the market will respond somehow. Our stock experts have ways for you to make money regardless of if the market is up or down.

Visit https://www.markettraders.com/stock-package/ and join us for a free webinar that gives you the information you need to make money regardless of the market’s standings.