Trading for Ta-Tas: Help the Fight Against Breast Cancer

As part of a donation goal of $80,000 by the end of October, Market Traders Institute is once again conducting its annual Trading for Ta-Tas event to benefit breast cancer awareness.

The campaign supports AdventHealth for Women’s efforts to diagnose, treat and rehabilitate patients who have been affected by breast cancer — a fight that one in eight women face during their lifetime, according to experts.

It’s a cause that’s personal to Market Traders Institute CEO Jacob Martinez and his family.

“We pride ourselves in putting our community first — whether that is our students or the communities we represent every day, wherever we live,” he said. “The fight against breast cancer is one that has directly affected my family, and we want to help the cause in any way that we can.”

How to Join Trading for Ta-Tas

The fundraiser has grown through the years to include several avenues for people who can contribute.

Leading the effort will be a commitment by MTI to match any donation made, up to $10,000. (Donations can be made here.)

A special, one-time webinar will be set up — hosted by MTI founder Jared Martinez, the FXChief. The session can be joined by any student or client who donates to Trading for Ta-Tas.

MTI employees are already taking part, with their internal “Casual for a Cure” program that gives donors the opportunity to break the dress code based on their level of giving (including wearing shorts during Orlando’s steamy, peak-summer months … for a premium!). They’re also competing in ping-pong, cornhole and shufflepuck tournaments.

“Every year, our benchmark for fundraising grows, and to see us exceed those goals shows me that our community is strong and motivated to continue the fight,” CEO Jacob Martinez said.

To learn more, see the Trading for Ta-Tas webpage at MarketTraders.com. 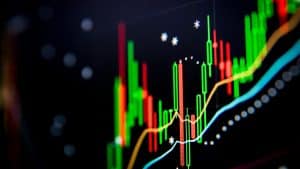