What is the Relative Strength Index (RSI) Indicator 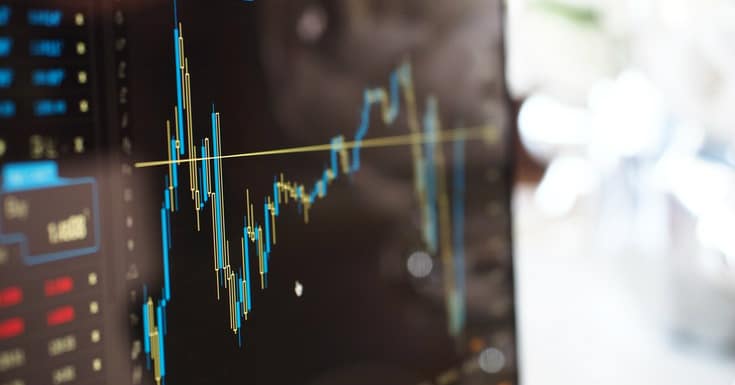 What is the Relative Strength Index (RSI) Indicator

The Relative Strength Index (RSI) is a momentum indicator that determines the velocity of price movements. The RSI was advanced by J. Welles Wilder Jr. in June 1978 in an issue of “Futures” magazine (formerly known as “Commodities”). Wilder then also introduced it in 1978 in his book, “New Concepts in Technical Trading.” The RSI is one of the most popular oscillator indicators among technical analysts as it visually compares the magnitude of new profits to new losses to establish both the overbought and oversold conditions of an asset. 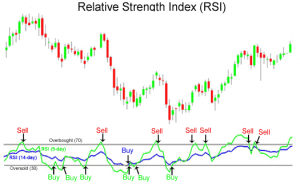 The most common time frame that technical analysts use with the Relative Strength Index is 14 days, although 7-9 days are used to trade the short cycle. A time frame of 21-25 days is used for investing over the intermediate cycle.

While the precise marks vary, the RSI illustrates a bull market, or an uptrend, where it ranges between 40 and 80, while the RSI illustrates a bear market, or downtrend, where it ranges between 20 and 60. In an uptrend, the 40-50 range will act as support, and in a downtrend the 50-60 range will act as resistance.

Divergences within the RSI

Another valuable piece of information that the Relative Strength Index offers the technical analyst is where the indicator diverges from the price action of the asset. Wilder believed that where a divergence occurred between the RSI and the price, this indicated a market turn was imminent. There are two divergences to look out for: bullish divergences and bearish divergences.

The bullish divergence is where price makes a new low but the RSI only makes a higher low. In this case, the RSI does not confirm the new low and this shows strengthening momentum in the asset’s price.

A bearish divergence is where the price makes a new high but the RSI only makes a higher low. In this case, the RSI does not confirm the new high and this shows weakening momentum in the asset’s price.

Divergences will tend to be more robust when they are formed following an overbought or oversold indication.

Failure Swings within the RSI

A bullish failure swing is indicated when the RSI moves below 30 (indicating it is oversold), then bounces above 30, pulls back and holds above the 30 level, before breaking its last high. This represents a move in the RSI to an oversold level followed by a higher low above the oversold mark.

A bearish failure swing is indicated when the RSI moves above 70, then bounces below 70, rises back to the 70 level but fails to exceed it and the break below its last low. This represents a move in the RSI to an overbought level followed by a lower high below the overbought mark.

How to know if the forex is right for you. (Part II)

What are Forex Robots and Do They Really Work?