What is the Employment Situation Report? 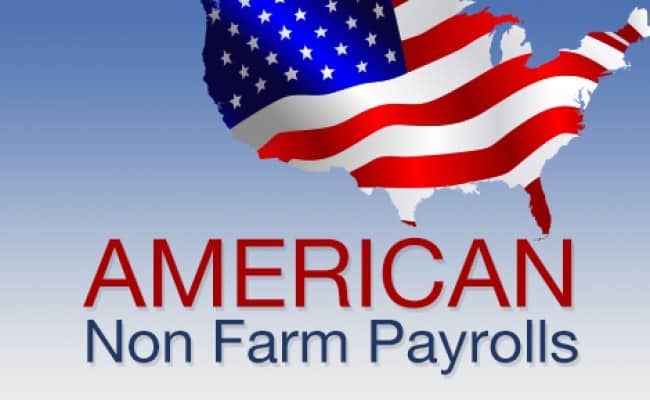 What is the Employment Situation Report?

It’s getting closer to the first Friday of the month, which means the Department of Labor is getting ready to release the Employment Situation Report. Also known as the Labor Report, this monthly announcement continues to be one of the heaviest economic hitters in terms of market volatility.

How is the Report Created?

The report is based on two separate surveys put out by the Department of Labor. The first survey is the “establishment survey.”  This is given to around 400,000 businesses around the nation and is used to report on payroll, hours worked, and hourly earnings. This is a very comprehensive survey which covers hundreds of industries across the nation and is used to gauge the economic health of the working class as a whole.

The second survey is the “household survey”. This is sent to households and is used primarily to establish how many individuals living in a household are working full-time, and how many are currently unemployed.  Unlike the establishment survey, the household survey cares more about the individual person, rather than grouping workers together.

What Topics Does the Report Cover?

When the results of the report are in, they are usually split up into three separate topics:

All of these findings are a part of the Employment Situation Report, but it’s common to hear them talked about as if they’re entirely separate entities because each statistic is important in its own way. Just know that even if you only read about unemployment and the non-farm payroll, they’re all still a part of the same report. But because they are so often reported as individual pieces, it’s important to know what the pieces are, and how they fit together.

Based on the numbers found in the Establishment survey, the nonfarm payroll represents about 80% of the workforce in the US economy.  Just as the name suggests, there are industries that are not represented in this figure. Namely farmworkers, but also employees in the government sector, private households and nonprofit organizations.

More than anything else, the nonfarm payroll reports on the health of the US job system. In order to make it easier to understand and report on, economists have established 150,000 as the number-to-watch.  If jobs exceed the 150,000 mark, it’s an indication of a stronger or growing economy.  If job creation is under 150,000, it’s a sign of a weakening economy.

The Average Workweek and Wages

As much as it would seem like “one of these things is not like the other,” the relationship between work week and wages is very important. Average wages are just that, the average amount of money people are making; but how many hours they are working to obtain that wage is equally important.

A statistic we are all familiar with, this number actually has a few things that it pays attention to.  Most obvious are the people who do not have, but are actively seeking, a job. This also includes those who have been laid off from a job, but are expecting a rehire.  This could include seasonal jobs such as snow removal or construction.  It is also factoring in those who are currently seeking unemployment assistance.

How Do They All Work Together?

Now that you know the pieces of the puzzle, you can figure out just how they all come together, beginning with the nonfarm payroll.  When the establishment survey is sent out, the business owners who answer it will say how many employees their company has, the amount of hours worked and the wages they provide. This is important because it shines a light into the nature of the business landscape.

This is why it’s important to know both the hours worked and the wages of those in the workforce.  If employees are working full-time hours for less pay, it could be a sign that an economy is not doing well.  It may mean that people are underemployed.  If wages are higher than employee hours, it could be a sign of inflation.  More money is being paid for less work because the prices of goods may be too high.

This dynamic is also an important part of the unemployment rate.  Unemployment is more than just people who are out of a job.  Less unemployment means more jobs, which is better for everyone. However, it’s not that simple. If more people are being hired, but are being paid less than they deserve, then this is a sign that an economy is actually doing poorly. There aren’t enough high-quality jobs to satiate a more advanced workforce, so they’re forced to take on jobs that are “beneath” them in order to pay the bills.  The classic situation is the person who holds a PhD, but is working hourly at a retail establishment.

Traders who follow the Labor Report will often pay attention to the employment number, but they will put it against the wages as well. The ideal situation would be a low unemployment rate (around or less than 5%) as well as a high wage rate.  This tells traders that the economy has enough jobs for its citizens and that these jobs pay reasonable rates for their services.

So What Does This All Mean?

This all is to say that the Employee Situation Report is arguably the most important economic barometer that we have. We can discover which direction the economy is moving at the beginning of every month.  It also has huge impacts on the markets.

When an economy is strong it trades well against weaker economies, but that strength ratio is always changing. There is a ton of movement on the markets after the Labor Report because traders are deciding how much faith they are putting into the US economy.  A good, or improving, Labor Report can singlehandedly create a bullish market for the USD.  On the opposite end, a poor labor report can send the USD reeling, and make it a bear market against stronger international economies.

As the labor report comes out this Friday at 8:30 AM EST it’s important to see how the numbers compare to last month, how many new jobs have been created (based on that 150,000 figure), what the wages are like, and how unemployment has changed. Read those numbers, listen to the experts, and after a month or two you will be able to recognize the direction of the US economy and trade accordingly.