The U.S. benchmark for oil, West Texas Intermediate Futures’ May contract traded at $37.60 per barrel yesterday for the first time in history. $37.60 below zero, that is. Most traders didn’t even know negative prices were possible. What this means is that producers of oil are running out of space to store their oil and now have higher costs for storage and transportation of the oil, not just the price of acquiring the oil. So it makes sense that they showed a willingness to pay buyers to store the crude somewhere else and baked that into the price.  This has never happened before.

Keep up with the latest market activity. Join a live session today!

Take a look at this hourly chart of USOIL for price moves yesterday. 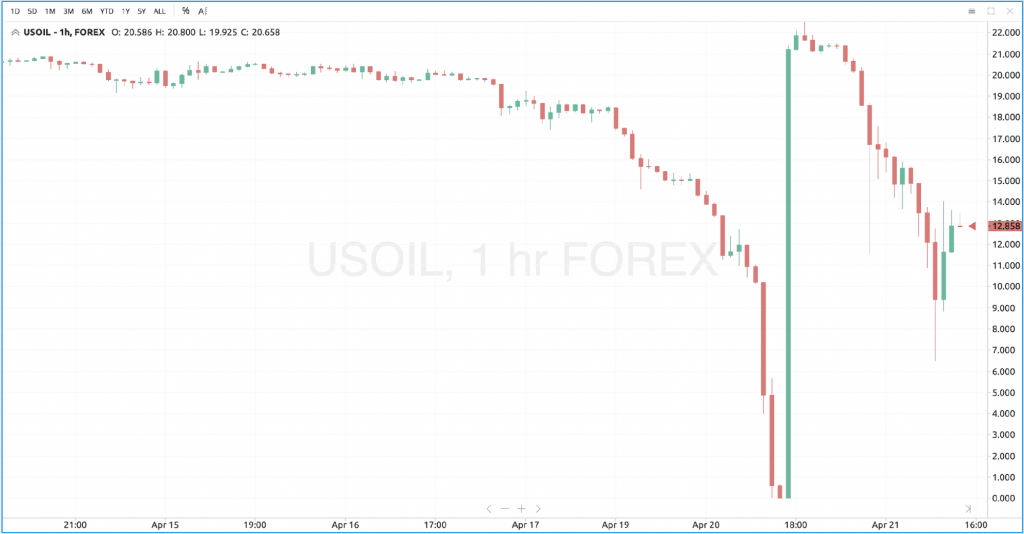 In this particular commodity chart, the price dropped only to zero yesterday though it has since rebounded up to over $12 a barrel.  Meanwhile, when have you ever seen a price of zero on a chart?

The market for oil has stabilized somewhat at around $12 a barrel. Bjornar Tonhaugen, head of oil markets at Rystad Energy believes the market is officially broken as storage continues to pile up at both on- and off-shore storage locations.  There has been a sixfold increase in the price of tanker storage from about $25,000 a day to $150,000. Suddenly paying someone to take your oil futures off your hands doesn’t seem so crazy!

With the lockup of the economy and the lingering effects of a stark drop in economic activity around the world, the impacts could ripple through national economies for months and force hundreds of oil exploration and production companies into bankruptcy by the end of 2021.

Frank Verrastro of the Center for Strategic and International Studies stated, “The supply-and-demand balance for oil is so out of whack that global demand cannot grow fast enough and suppliers can’t cut supply quickly enough to put things back in order.  There is so much oil sloshing around and so few people using it that there is no remedy.”

Below is a weekly chart of the USOIL for since it started trading back in 1999. 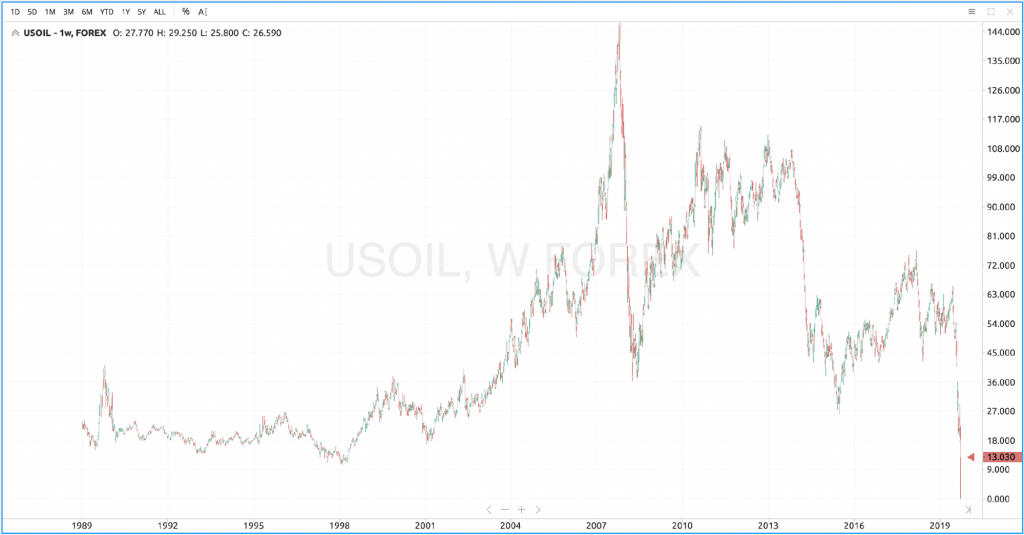 Oil is the fundamental lubricant of the economy around the world. For several countries, this plunge in oil prices could mean trouble. Because oil is priced it U.S. dollars all around the world, the dollar continues rising against the CAD, the GBP, and the AUD whose economies are all more influenced by fluctuations in oil prices than the USD.  And in fact, the USD has already started to increase in value against these other currencies.

Black Swan events like this one create once-in-a-lifetime opportunities for smart traders to make a lot of money.  For example, Crude oil futures started the day at -$0.01 turned in a potential profit of 142,233% by today’s close around $13 per barrel.

Baron Rothschild, an 18th-century British nobleman and member of the Rothschild banking family, is credited with saying that “the time to buy is when there’s blood in the streets.”

He should know. Rothschild made a fortune buying in the panic that followed the Battle of Waterloo against Napoleon. 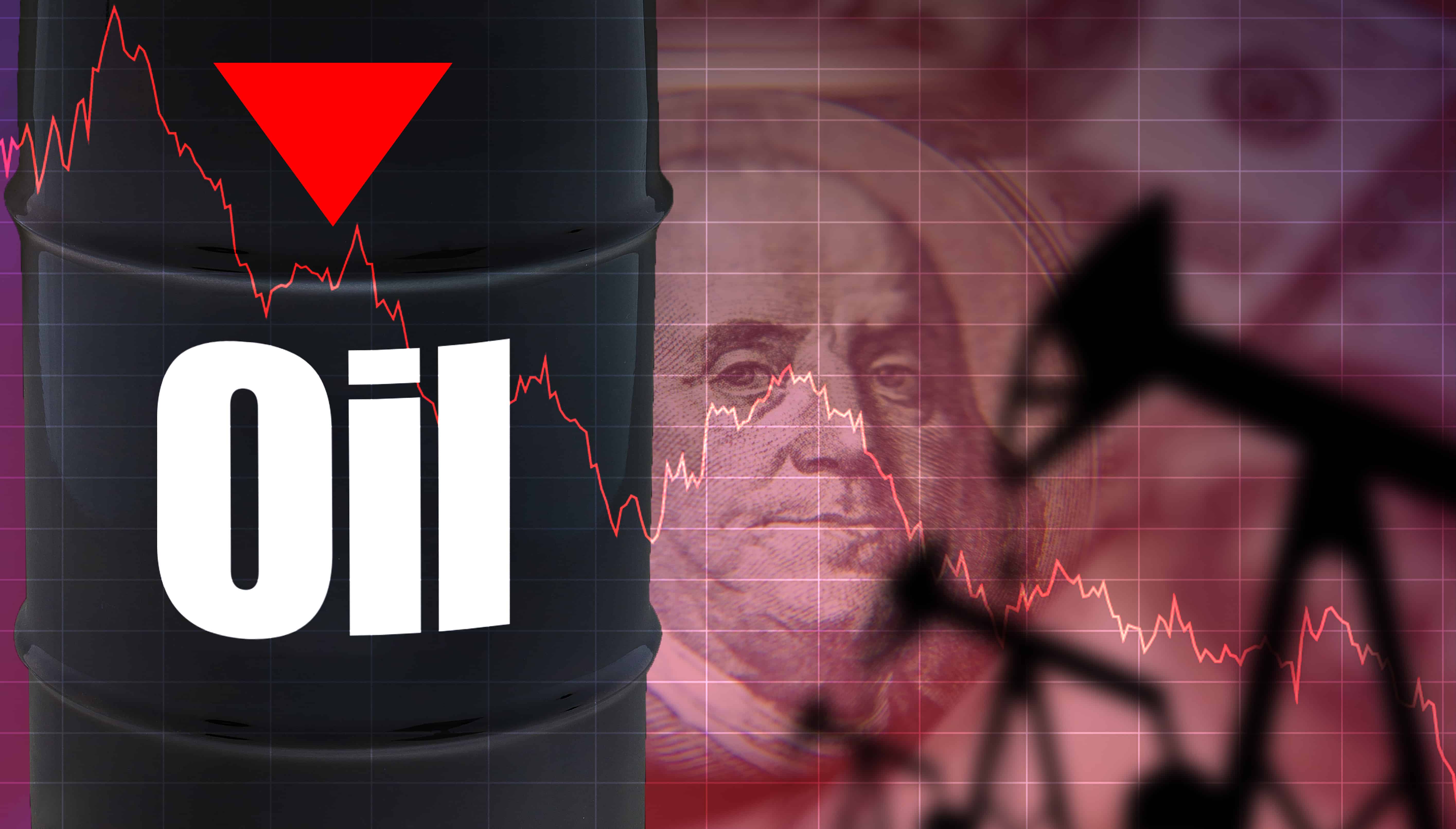 Article Name
What the Unprecedented Oil Crash Means for Traders
Description
Oil is the fundamental lubricant of the economy around the world. For several countries, this plunge in oil prices could mean trouble.
Author
Gordon Scott
Publisher Name
Market Traders Institute
Publisher Logo 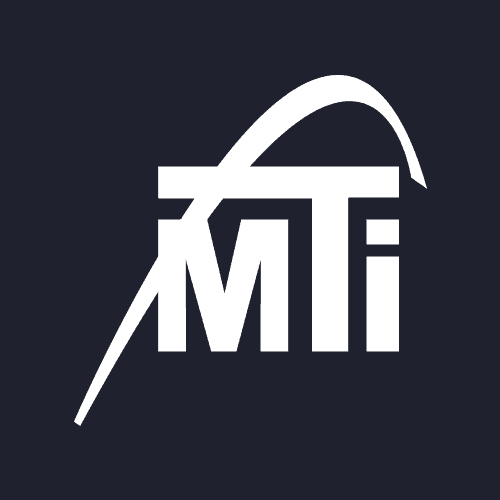 3 Reasons This Weekend is the Trading Weekend You Can’t Miss!