While Others Panic, Smart Traders Profit 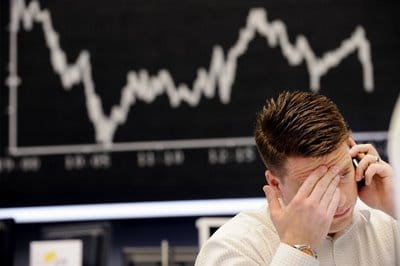 While Others Panic, Smart Traders Profit

Let’s not kid ourselves here — on just about every front, last week was dreadful.

On CNBC this weekend, one technician, Rich Ross of Evercore ISI said that “continued weakness in the yuan should weigh on oil, U.S. transports and U.S. equities. Some have even argued it could spark a global currency war, as economies move to devalue their currencies in order to compete with cheaper Chinese goods.”

Ok, so that Must be All, Right

Irvin also spoke to students about how one advisor he trusts, Art Cashin, is wary about the positive numbers posted in last Friday’s Non-Farm Payroll report.  Cashin analyzed the data and reported on CNBC, “Not to be a wet blanket, but that jobs number is a little suspect. If you look at the household survey: 485,000 [and] 35 percent of those went to people under the age of 19. Another chunk went to people over 55; only 16,000 out of 485,000 jobs went to people between the ages of 24 and 55.”

Irvin explained that the most important effect of the unemployment report is its continuing impact of the U.S. Fed’s decision to steadily increase interest rates.  If Americans are still underemployed, as Cashin suggested, then raising rates could lead to inflation ahead of the curve able to withstand it.

There is one proven way to beat bad market news, and that is to align yourself with expert analysts working to discover the best strategies for finding profits.  No matter what the Forex, stock and options markets are doing, you must remember that someone is always making money.

It’s important to keep the noise from the media to a minimum and a great way to do that is by signing up today for one of our Forex webinars using the form below, or joining us for one of our equities webinars by registering at https://www.markettraders.com/stock-package/.  Volatility remains high, which means that investors with the right strategies are making money.  Find out how you could be one of them today!

5 things you need to know to become a day trader

No Rate Hike Announced by the FOMC Today, but Maybe December…