Will Operation Twist be Extended?

Will Operation Twist be Extended? 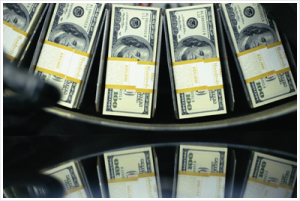 Operation Twist, a plan to boost the U.S. economy by selling short-term bonds to buying long-term bonds, may be extended. With the U.S. economy’s weak state, the Federal Reserve seems likely to provide another monetary stimulus, despite opposition.

U.S. central banks have their hands tied as they watch the unemployment rate continue to rise. Although the decision won’t be made until later this month, Forex traders are already preparing for money-making scenarios.

The economy’s future looks dim. Your’s doesn’t.  Forex education could teach how to benefit from poor economic conditions. To learn more, attend a FREE, LIVE webinar with an experienced Forex analyst by completing the form below:

Trump to Depreciate USD – What This Means For Traders